UPDATES
You are here: Home1 / UPDATES2 / Homepage News3 / ‘What does the Contract Say?’– High Court 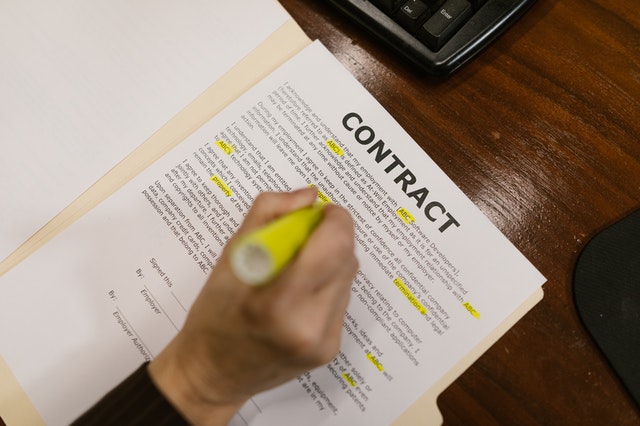 In two more judgements concerning the true nature of an employment relationship, or if there even is such a relationship, the High Court has again focussed on the original intention of the parties to answer the question. And the message is clear – what is written in the contract really matters.

The two cases were counterparts; the first one was where a worker was found to be an employee and not an independent contractor, the second, two workers who claimed they were employees were found to be contractors. In both cases, the written contract did most of heavy lifting in determining the factual nature of the relationship.

Essentially the Court said that where parties have committed the terms of their relationship to writing, and that contract is not challenged on the basis that it is a sham or is otherwise defective (say under an award or EBA), then where a dispute arises about the nature of the relationship, the resolution of that dispute must proceed by reference to the rights and obligations of the parties under that contract.

The Court traversed previous cases and made observations about the lower courts’ handling of the matters on appeal before it. As part of that exercise the Court said, in the absence of a challenge to the contract “there is no occasion to seek to determine the character of the parties’ relationship by a wide‑ranging review of the entire history of the parties’ dealings. Such a review is neither necessary nor appropriate because the task of the court is to enforce the parties’ rights and obligations, not to form a view as to what a fair adjustment of the parties’ rights might require.”

In the first case, a labour hire company had placed a worker with a client and claimed it was merely “a finder of labour”, or in other words, a workplace matchmaker. But when looking at the contract between the labour hire company and the worker, the Court found a myriad of obligations the worker had to the company. In particular, the company fixed the price of the labour, paid the worker each week, and had the right to terminate the relationship if the workmanship was deficient.

The High Court put it bluntly; “it is impossible to say that (the worker) was in business on his own account. The core of (his) obligation to the company under the (contract) was his promise to work as directed by (the company) or by its customer.”

The second case involved two truck drivers who owned their trucks, had established legal partnerships with their spouses and provided services to the same company for decades. They argued that they were in truth employees, but the Court rejected this on the same grounds as the first case; the contracts were unchallenged on sham or other permissible grounds. Again, the “subsequent conduct of the parties” and the “multifactorial approach” to resolve the question was eschewed by the Court in favour of the written word reflecting the original intent of the parties.

These decisions join the notorious Workpac decision as case law which lower courts and the FWC must take judicial notice of in terms of the standing of written contracts in determining rights and obligations between parties. They do not mean that it is open slather to engage ‘independent contractors’ in lieu of employees. But they do mean that if parties enter a genuine contract in good faith, the prospects of one party profiting from buyer’s remorse down the track at the expense of the other party, just got a lot leaner.